CLEVELAND, Ohio – The Mid-American Conference announced the MAC Players of the Week Monday afternoon (Sept. 5) for the second weekend of the 2022 volleyball season. Of those named, Bowling Green's freshman middle blocker Jessica Andrews was named the MAC East Defensive Player of the Week. This is Andrews' first time receiving the recognition.

Over the weekend, Bowling Green freshman Jessica Andrews was a force at the net for the Falcons during the Hampton Inn Invitational. Andrews began the weekend with four block assists against both Northern Kentucky and No. 22 Western Kentucky. However, against DePaul Andrews nearly broke two block records. Against the Blue Demons, Andrews logged three solo blocks and nine block assists for 12 total blocks in a four set match. Andrews' nine block assists as well as her 12 total blocks both came just two shy of tying the program record for blocks in a four-set match. Andrews was named All-Tournament Team for her performance.

Up Next
The Falcons will return to the road next weekend for the Panther Invitational, hosted by Pitt. Bowling Green is scheduled to first face Towson at 11:00 a.m. on Sept. 9 before returning that night to face No. 7 Pitt at 7:30 p.m. The weekend will conclude with American University at 4:00 p.m. on Sept. 10. 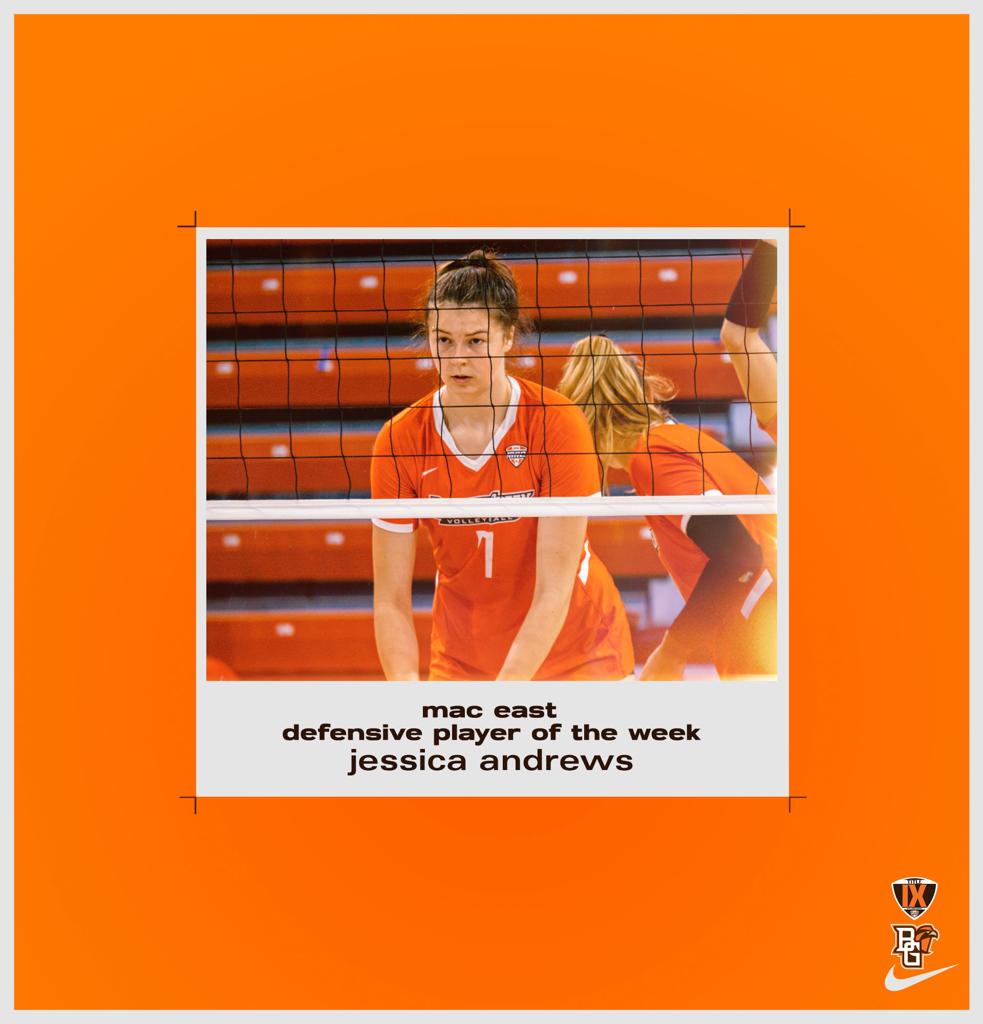